BJs Wholesale Club (NYSE:BJ) had its target price boosted by Barclays from $29.00 to $37.00 in a research report released on Friday, BenzingaRatingsTable reports. Barclays currently has an equal weight rating on the stock. 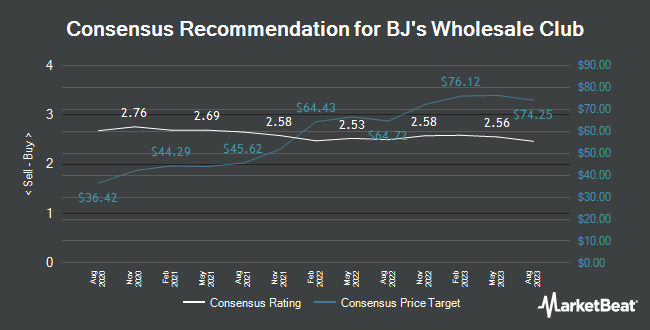